Here’s a market snapshot of the Kitchener-Waterloo Real Estate Market in February 2020. 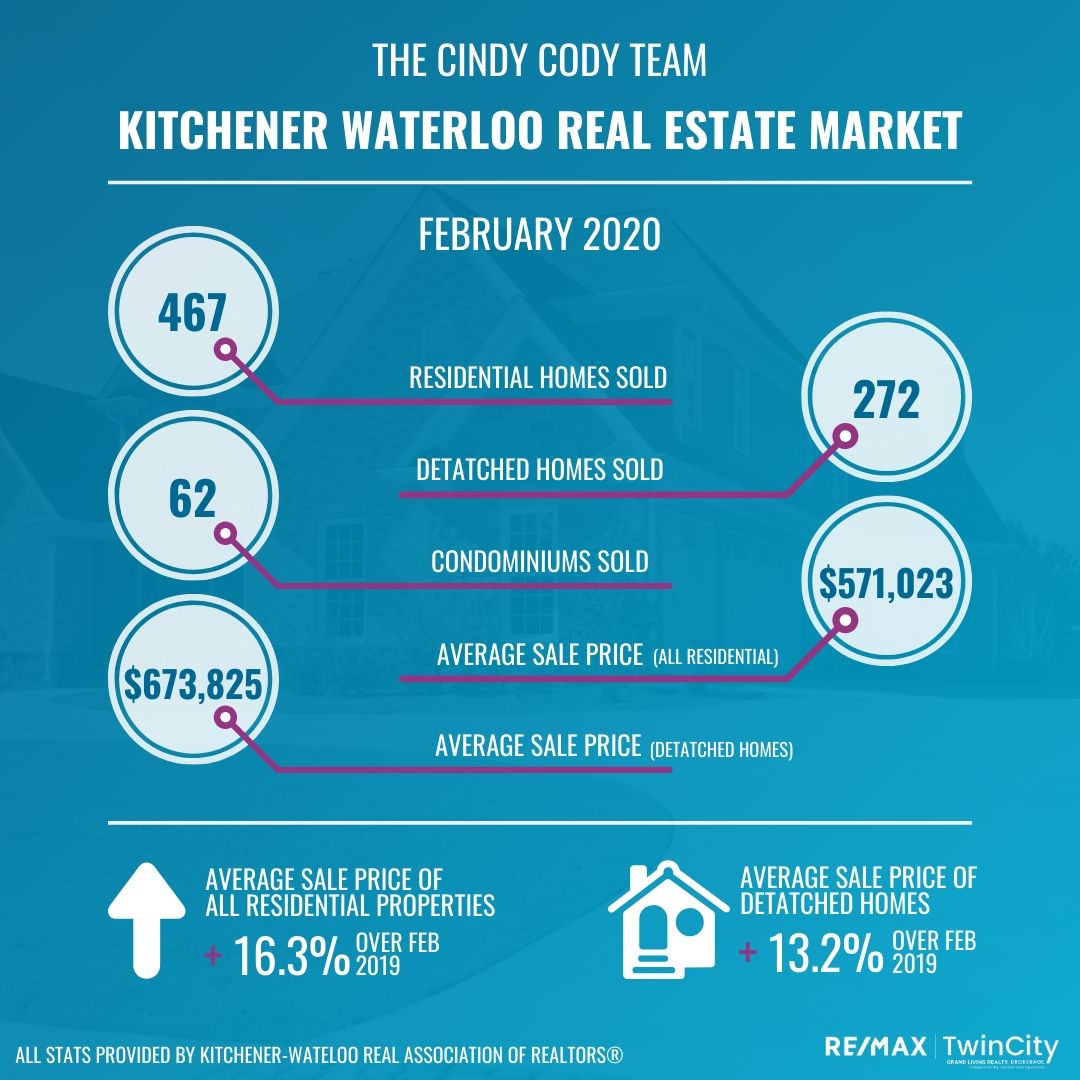 KITCHENER-WATERLOO, ON (March 5, 2020) ––There were 467 residential homes sold through the Multiple Listing System (MLS® System) of the Kitchener-Waterloo Association of REALTORS® in February, an increase of 36.5 per cent compared to the same month last year, and 15.3 per cent above the previous 10-year average.

“After a few consecutive months of sluggish home sales, home buying activity in February was much stronger,” says Colleen Koehler, President of KWAR.

“Like many other markets across the province, the story of our local housing market continues to be one of supply and demand,” says Koehler. “Market-wide, the number of homes available for sale is simply not keeping up with the number of people wanting to purchase a home in the Kitchener-Waterloo area.”

KWAR’s president points out that now more than ever sellers should avail themselves of a REALTOR®. “With a multitude of buyers jumping on a scarcity of properties for sale, many homes are selling for more than the asking price.  A REALTOR® will ensure you have maximum exposure to these buyers through the MLS® System and will manage the intricate process of any multiple offers professionally.”