Have you heard? January saw an 18.8% increase in the price of detached homes in Kitchener-Waterloo. Here’s a look at the market in January. 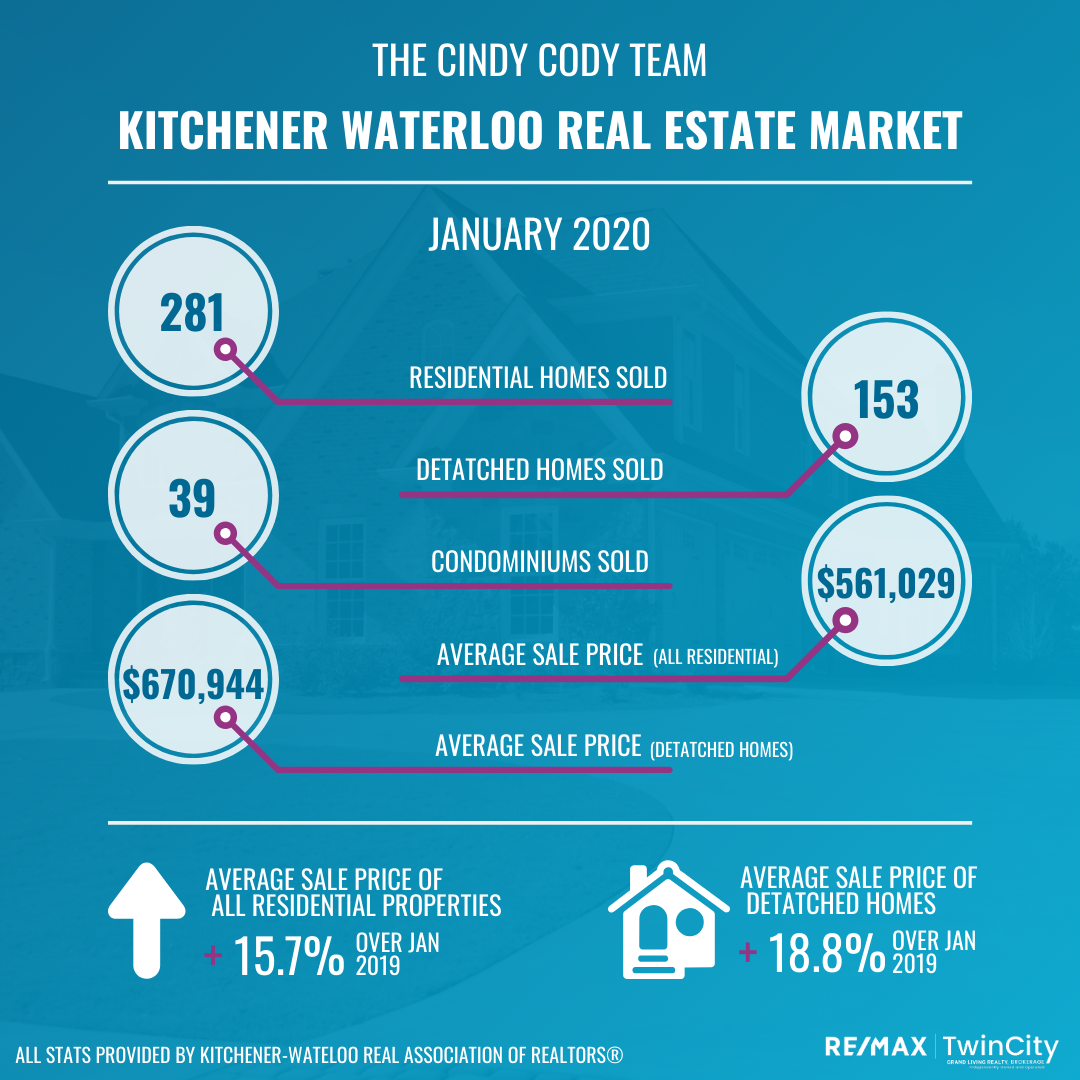 It’s a seller’s market! If you’ve been thinking about selling your home, it’s a great time to get started. Find out what your home is worth in today’s Kitchener-Waterloo market.

“For the third consecutive month sales were down in January,” says Colleen Koehler, President of KWAR.  “Slower January sales are a result of fewer homes being put up for sale. This is causing further price acceleration as we have enough willing and able home buyers contending for those few homes that are available.”

Total residential sales in January included 153 detached homes (down 19 per cent), and 39 condominium units (up 18.2 per cent) which includes any property regardless of style (i.e. semis, townhomes, apartment, detached etc.). Sales also included 21 semi-detached homes (on par) and 68 freehold townhouses (up 7.9 per cent).

“Consumers can’t buy what’s not there. The available number of homes for sale, or lack thereof, continued to evade home buyers in January,” says Koehler. “There is no doubt we would be reporting more sales if we had the inventory to match the demand.”

Koehler notes Kitchener-Waterloo and area continues to be an exceptionally attractive place to buy a home and a creditworthy buyer can negotiate an attractive interest rate with their mortgage lender.