What Does The Kitchener GO Expansion Mean For Condos in KW?

What Does The Kitchener GO Expansion Mean For Condos in KW? 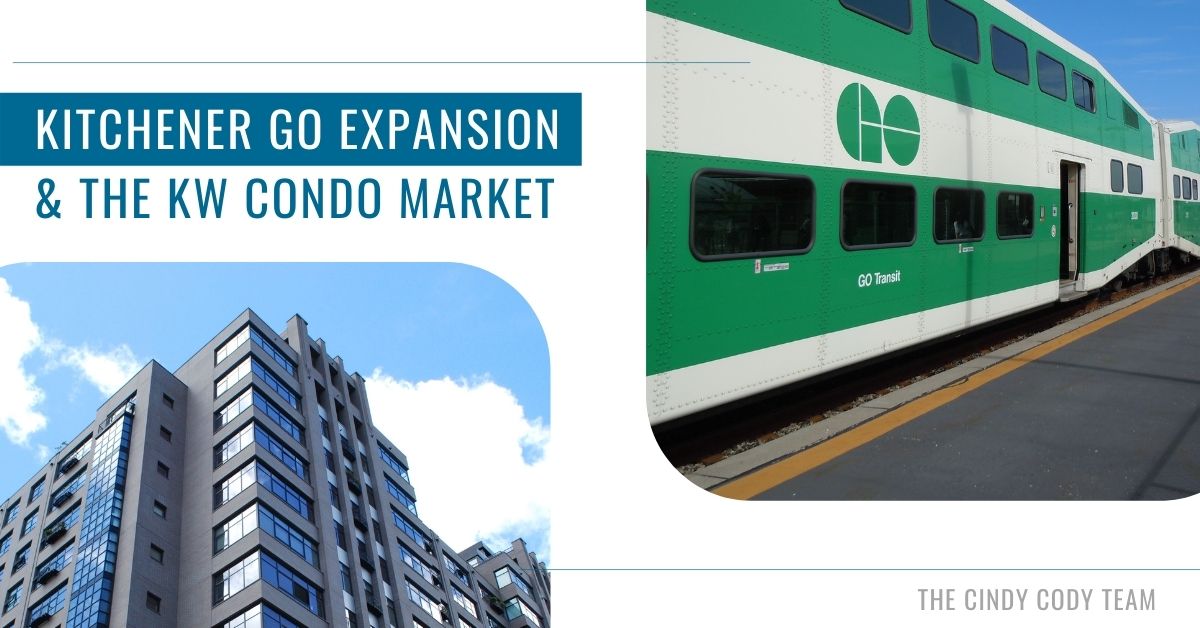 Access from Kitchener-Waterloo to Toronto just got a whole lot easier and more accessible!

The Ontario government announced on February 11, 2021 that the two tunnels have been completed for the two-way all-day GO train service from Kitchener to Toronto.  The tunnels will permit all-day trips back and forth relieving capacity within the system and providing riders the ability to easily travel according to their schedule.  The tunnels should be completed by the end of 2021.

What does this mean for investments and condos in the KW Region? Kitchener-Waterloo Region was recently named the 2nd fastest growing city in Canada greatly due to the tech sector, high-quality secondary institutions, and now the easy access between Kitchener and Toronto. Many people are choosing to move out of the larger cities as the new work-from-home norm has set in and they are moving to more thriving areas like KW where the market values are holding strong.  The work commute, which use to be stuck-in-traffic for hours, will be replaced with a stress-free ride on the GO train while urban living and quality of life will be advanced.

The demand for condos in KW Region is at an all-time high and we can not recommend a better place to invest in now and in the future, call us today to find out more! Or book an appointment with us to learn more about condo opportunities in Kitchener-Waterloo.

TORONTO — The Ontario government has completed excavation of the second of two tunnels under Highways 401 and 409, bringing the Kitchener GO corridor one step closer to becoming a two-way, all-day rail service. This milestone represents a significant achievement in Ontario’s GO Expansion program supporting the creation of a modern, sustainable rail transit network in the province.

“This tunnel project will help increase capacity on the Kitchener corridor and, where possible, support all-day trips, in both directions to reduce congestion,” said Caroline Mulroney, Minister of Transportation. “Our goal is to establish a more reliable rail transit system in the Greater Golden Horseshoe, which will drive significant economic growth and job creation that will benefit the entire province.”

The Highway 401 and 409 Rail Tunnel Project includes a twin tunnel structure, and when complete, will provide space for two additional tracks in the future. Track, signaling, and communications infrastructure will be installed under a separate contract. Substantial completion for the 401 and 409 Rail Tunnel Project is expected to be reached in the second half of 2021.

“We are delivering on our commitment to bring fast, frequent rail service to Kitchener-Waterloo, Brampton, Mississauga, and Toronto,” said Kinga Surma, Associate Minister of Transportation (GTA). “By making these significant infrastructure investments, we will connect more people to jobs and improve passenger convenience, while increasing access to Ontario’s fastest growing urban cities along the Toronto-Waterloo Innovation Corridor and beyond.”

“GO Expansion will transform the transportation network in the Greater Golden Horseshoe, allowing for more frequent travel across the region,” said Phil Verster, President and CEO of Metrolinx. “This announcement and the work on the Kitchener line is a significant milestone which will eventually help get more people out of their cars and onto public transit, leading to a better quality of life for many people.”

“I want to applaud Toronto Tunnel Partners for their innovative work on the Highway 401 and 409 Rail Tunnel Project, which was constructed under 21 live lanes of traffic,” said Michael Lindsay, President and CEO of Infrastructure Ontario. “We are proud to support GO Expansion in the province and deliver system-wide infrastructure upgrades that will enable more frequent service.”

This project is just one of more than 20 major projects currently under construction to support the province’s GO Expansion program that will transform GO rail into a two-way, all-day rapid transit service every 15 minutes on core segments of the network.